“Creating hope through action” is the triennial theme for the World Suicide Prevention Day. This theme is a reminder that there is an alternative to suicide and aims to inspire confidence and light in all of us.

This blog is not intended to treat, diagnose, and/or cure any mental health illness. This guide provides statistics and helpful starting points on how to start the conversation around suicide, if you find any of the content distressing, please seek professional advice from your physician, mental health professional or any qualified healthcare provider. We have resources at the end of this blog for extra support from professional organisations and charities.

World Suicide Prevention Day (WSPD) was established in 2003 by the International Association for Suicide Prevention in conjunction with the World Health Organization (WHO). On the 10th of September each year, this day attempts to reduce stigma and aims to raise awareness among organisations, government, and the public, giving a singular message that suicide can be prevented.

Every year, more people die as a result of suicide than HIV, malaria, breast cancer, war and homicide. An estimated 703,000 people a year take their life around the world, that is 1 in every 100 deaths. This has prompted The World Health Organsation (WHO) to produce new guidance to help countries improve suicide prevention and care. For every suicide, there are likely 20 other people attempting suicide. Whilst, manymore have serious thoughts of suicide. Millions of people suffer intense grief or are profoundly impacted by suicide worldwide. This is why continuing to spread the awareness of World Suicide Prevention Day is so important, the more we speak, the more we break down stigmas and help people around us. It is okay to talk, it is okay to be vulnerable. Let’s normalise opening up and having honest and real conversations.

Difference Between Genders and Age

More than twice as many males die due to suicide as females (12.6 per 100, 000 males compared with 5.4 per 100,000 females). Suicide rates among men are generally higher in high-income countries (16.5 per 100,000). For females, the highest suicide rates are found in lower-middle-income countries (7.1 per 100,000). In the UK, males aged 45 to 49 years continue to have the highest suicide rate (23.8 per 100,000). Men are three times as likely to die by suicide than women. These figures are scary, and shed a light on the importance of talking and normalising discussions around suicide prevention.

In the Republic of Ireland, the rate is four times higher among men than women. We know that the men in our workplaces are at risk. Our male colleagues are 50% less likely to visit a GP than their female counterparts. Men also often ignore healthcare issues, leading to conditions often going ignored, undiagnosed and untreated. In 2021, suicide in England and Wales was most common among people aged between 45 to 54 years.

Regional Differences in the UK

We have also seen from the research that there are regional variations in suicide rates. In certain areas of the UK, there are higher suicide rates which is saddening, and begs the question, why? Research has shown the North East of England had the highest suicide rate (13.3. per 100,000) in 2020, which has been the case in five out of the last 10 preceding years and there has been an increase of 15.7% compared to 2019.

In 2016, the South West of England had the highest rate of suicide recorded. Interestingly, this area has above the average house prices and lower levels of deprivation than other parts of the country. In 2021, data revealed that people living in the most deprived areas of England had higher rates of suicide than those living in least deprived areas. These regional differences reveal that suicide is a complex area of mental health and wellbeing, one which is not just an individual decision, it is affected by a number of interlinking factors such as biological, environmental, and society.

Data regarding workplace suicide also shows global trends are emerging, that is, male-dominated industries, such as construction and extraction, farming and agriculture, public safety and first responders, manufacturing, and transportation often have suicide rates well-above their country’s national averages. In addition, medical-related occupations such as physicians, veterinarians, nursing and midwifery, and paramedics also have an elevated risk. Finally, people who work in media, sport, and creative occupations also seem to have an elevated risk for suicide. While there has been a reduction in the number of people committing suicide over the last ten years, the numbers are still worryingly high. World Suicide Prevention Day aims to start the conversation about suicide and to show that recovery is possible.

Poor Wellbeing in The Workplace

One in five adults experience suicidal feelings at some point in their lives. We often spend more time at work than we do with our friends and family. With a third of our lives spent at work, it is highly likely that there will be people struggling to cope in the workplace and possibly trying to hide it. Although suicide can be an extremely difficult subject to discuss, according to the Samaritans, asking someone if they’re suicidal won’t make things worse. Evidence shows it could in fact protect them instead. We know that suicide is prevalent, so we should try to help raise awareness within our workplaces and communities so that we can try to reach those that are struggling.

COVID-19 has put pressure on workplaces in terms of finances, culture and loss of connection and this has impacted the ability of workplaces to look after their workers wellbeing and mental health. However, given the amount of time we spend at work, workplaces also have huge potential to support their people. Co-workers are often in a position not only to notice changes in the behaviour or mood of someone who may be experiencing suicidal thoughts, they are often trusted peers who can make a life-saving difference by supporting their colleague and being a bridge to helpful resources and honest and real conversations. The Samaritans highlighted asking someone if they are okay does not make things worse, however, as the person asking this question it is challenging and people are worried they don’t have the right tools or things to say in response.

Providing mental health and wellbeing training to raise awareness and boost ability to recognise and signpost can also be extremely useful in enabling a positive work culture. In our next blog as part of World Suicide Prevention Day 2022, we focus on how you start and have the conversation around suicide in the workplace and with your close contacts. This is a really practical blog with evidence based tips and resources provided by our HQ Psychologists to support you and your people. We also have a resoucre in production which you can download for free to send to your colleagues and loved ones with practical and supportive information our suicide prevention. Go check our LinkedIn to get notified when the resource is published.

By attempting to understand their workforce, its wellbeing and stress points, leaders can begin to build a workplace suicide prevention strategy. At VISTA we believe that measuring employee wellbeing provides insights into the ‘temperature’ of a business. It enables strategy decisions to be made and tested so that attention (and funding) can be directed where it is needed most. In addition, by listening to workers and their experiences around distress, help-seeking, help-giving, and suicide bereavement, leaders and stakeholders can develop more robust initiatives in this subject.

There are many free helplines available.

Samaritans offers a 24 hours a day, 7 days a week support service. Call them free on 116 123. You can also email jo@samaritans.org

CALM (Campaign Against Living Miserably) has a helpline (5pm to midnight) and webchat for anyone who’s having a tough time and needs to talk.

Papyrus supports people under 35 who have thoughts of suicide and others who are concerned about them. You can call their HOPELINEUK on 0800 068 4141, text 07860 039967 or email pat@papyrus-uk.org. They’re open every day from 9am to midnight. 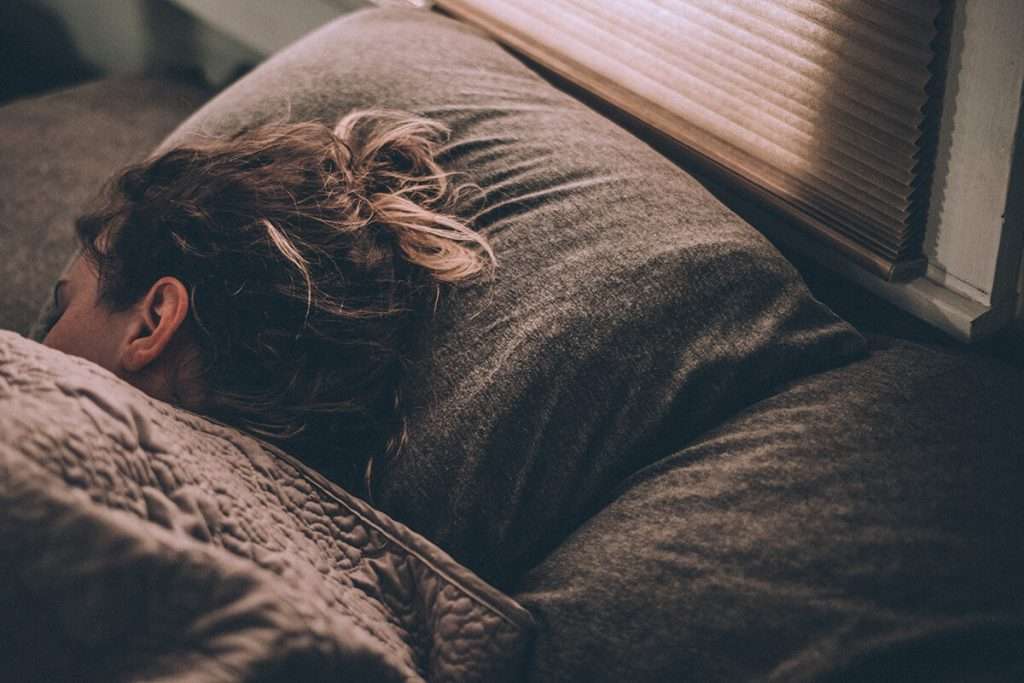 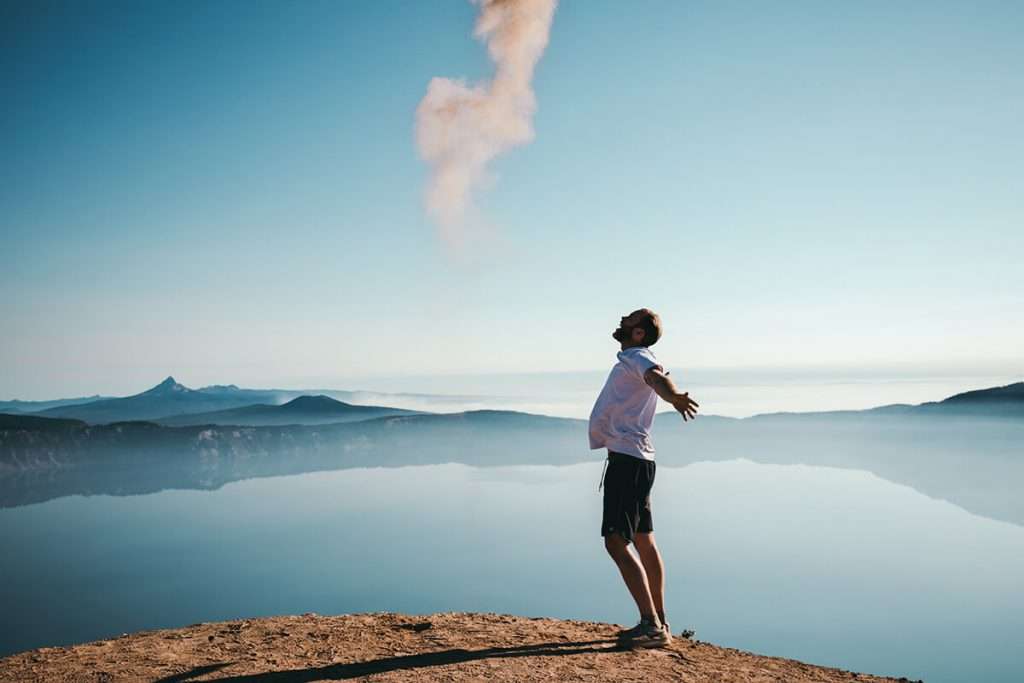 We use cookies on our website to give you the most relevant experience by remembering your preferences and repeat visits. By clicking “Accept All”, you consent to the use of ALL the cookies. However, you may visit "Cookie Settings" to provide a controlled consent.
Cookie SettingsAccept All
Manage consent

This website uses cookies to improve your experience while you navigate through the website. Out of these, the cookies that are categorised as necessary are stored on your browser as they are essential for the working of basic functionalities of the website. We also use third-party cookies that help us analyse and understand how you use this website. These cookies will be stored in your browser only with your consent. You also have the option to opt-out of these cookies. But opting out of some of these cookies may affect your browsing experience.
Necessary Always Enabled
Necessary cookies are absolutely essential for the website to function properly. These cookies ensure basic functionalities and security features of the website, anonymously.
Functional
Functional cookies help to perform certain functionalities like sharing the content of the website on social media platforms, collect feedbacks, and other third-party features.
Performance
Performance cookies are used to understand and analyze the key performance indexes of the website which helps in delivering a better user experience for the visitors.
Analytics
Analytical cookies are used to understand how visitors interact with the website. These cookies help provide information on metrics the number of visitors, bounce rate, traffic source, etc.
Advertisement
Advertisement cookies are used to provide visitors with relevant ads and marketing campaigns. These cookies track visitors across websites and collect information to provide customized ads.
Others
Other uncategorized cookies are those that are being analyzed and have not been classified into a category as yet.
SAVE & ACCEPT
Powered by